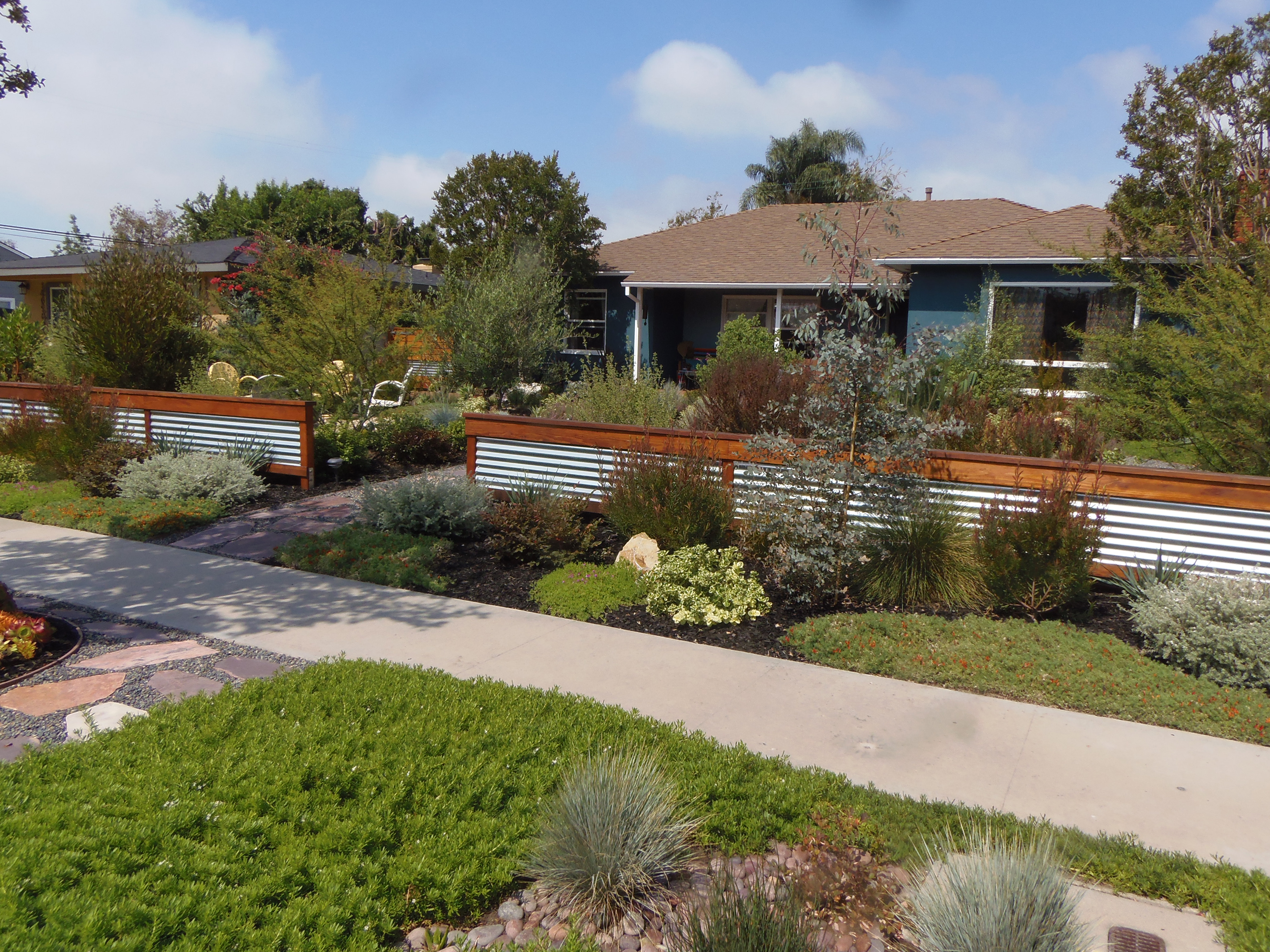 The lawn that just won’t die! Surprisingly perhaps, that’s exactly the fear that many people have when contemplating switching their lawn to something else. We fuss and labor over our lawns. If we miss a watering, forget to fertilize or ignore our little green oases, we quickly see the outcome, browning, dieback, weeds, disease, and so on. So, when the time comes, you’d think it would be easy enough to murder our lawns. 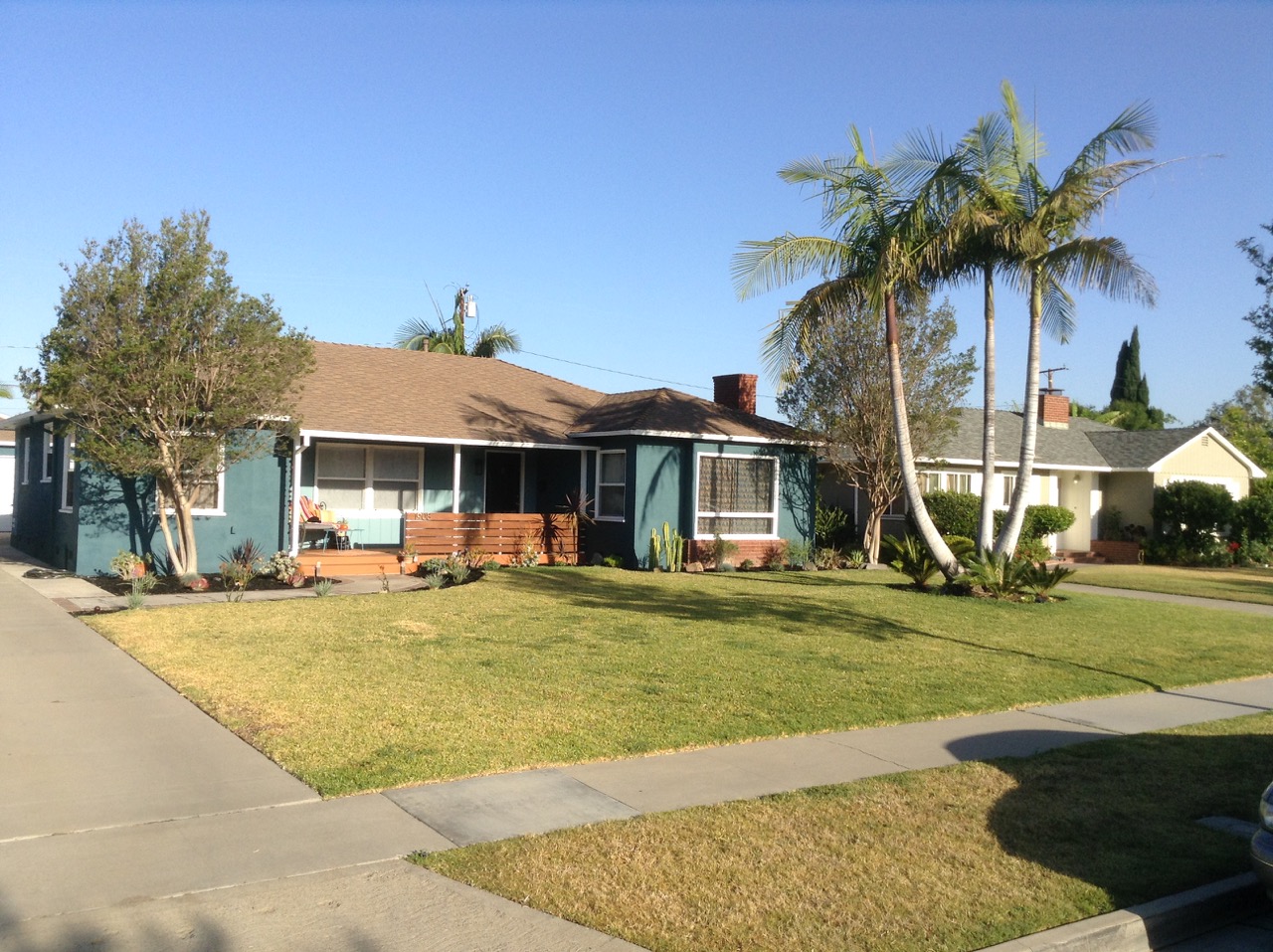 Not so. Grass lawns, especially those in California, can be tenaciously persistent, refusing to die, returning months later to haunt the executioner. Even the idea of removing a lawn leaves many stricken with fear. “It can’t be killed”, is the common conclusion. “It will return”, they continue, “perhaps meekly at first, but then, when no one is looking, it will enter again, invading the new planted groundcover and twining through the young shrubs”. “Lawns can’t be eliminated” is the common conclusion.

Maybe it’s called “devil grass” for a reason? What your lawn may need is an exorcism of sorts. I’ve performed three devil grass exorcisms to date, all successful. I’m available for hire, but my price is steep.

Instead, I’ll explain how to kill your lawn yourself, and be successful.

Almost all lawns in southern California have some degree of warm-season turf within them. Bermudagrass, also called devilgrass, is the most likely, but kikuyugrass and St. Augustine grass are also common. These grasses may have been planted or they may have invaded. Either way, they should not be underestimated.

Since these creeping grasses are at their most active during the warm days of late summer and early fall, this is also the very best time to kill them. From now through the end of October is the best lawn killing season in Southern California.

Surprisingly, the most important step in killing your lawn is to get it healthy first. This contradicts most people’s common sense, but a sickly, under-fertilized, underwatered, unhappy lawn won’t be killed. So, if you’re planning on killing the lawn next month, start watering it now, twice as much, and feed it too. Get it lush and healthy first and your lawn will be much easier to kill – really killed.

In almost all respects I’m an organic gardener. But, for killing warm-season lawns nothing other than Roundup will work. Roundup, although synthetic, is a very benign product, breaking down in the environment quickly. But, don’t use the common Roundup herbicide that is seen so commonly. Instead, search for the more expensive Roundup Super Concentrate. The difference isn’t in the concentration, it’s that this version of Roundup doesn’t have the quick-kill “extra ingredients” that the common homeowner versions contain. These extra additives actually cause the active ingredient, glyphosate, to be less effective.

When time comes to spray the lawn, be sure that you’re using the right sprayer. A high quality hose-end sprayer is fine, so long as it mixes accurately and is designed for herbicides, not fertilizers. But it will be harder to contain the spray of a hose-end sprayer, so in tight areas with lots of desirable plants nearby you may want to use a good hand held pump-up sprayer.

Pick a warm day, but not blazing. Air temperatures in the upper 70’s or low 80’s are ideal. Be sure there is no breeze at all; you don’t want the Roundup to drift onto other plants.

Mix the Roundup exactly as directed. Don’t try to make a “super batch” by adding more Roundup than the directions say. This will backfire on you every time and instead of being a systemic herbicide, it will turn the Roundup into a contact herbicide. Contact herbicides simply burn the foliage, but systemic herbicides don’t, they are absorbed into the tissue of the plant and moved through the entire plant before they start their killing activities. That’s why they’re called systemic; they take longer to work, but the kill the entire plant, roots and all. Spray every blade thoroughly, applying the spray from opposing directions.

Now, turn off the irrigation system and just wait. The lawn will look the same for the first seven days or so and you’ll think you did something wrong. Be patient, a couple days later the grass will begin dehydrating. Within two weeks it will be straw brown and dead.

That’s it. You’ve completed a lawn exorcism. Aren’t you proud of yourself? Now you can rake off the dead thatch, rototill and begin your new garden – and the timing is perfect for the fall planting season. You’re now free.