Most everyone reading this already knows of the incredible botanical treasure that Upper Newport Bay is.

Orange County, an area of over 500,000 acres, has about 1435 recorded wildland plant species, of which about 890 are native. Upper Newport Bay, at about only about 1,000 acres has a flora of 580 species. That’s 38% of all the plants of Orange County on about one fifth of one percent of the land mass. Upper Newport Bay is a remarkable place.

And Upper Newport Bay has several rare plants as well.  “Rare”, for a plant, is defined as being listed as a CA or US Endangered or Threatened Species or a species listed by the California Native Plant Society Rare Plant Ranking. Of the 18 species at Upper Newport Bay that might fit these criteria, one is now, one has had a taxonomic change, one is extinct and six are very old records or with uncertain details, bringing the list of the current rarest plants at Upper Newport Bay to a tidy eight species: 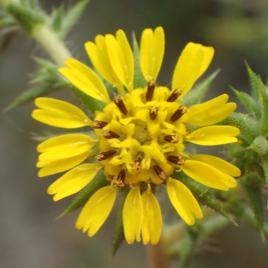 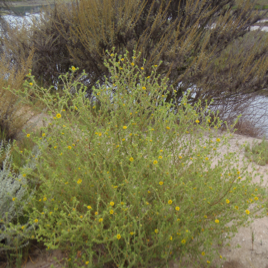 A plant of flat, alkaline, silty soils in full sun along the coast. Flat coastal habitat is declining in Southern California, thus the species is also declining. Interestingly, Southern tarplant requires disturbed soils for its seed germination, thus it is easy to find at many locations where people are, such as right along the edges of Back Bay Drive near the base of Big Canyon. 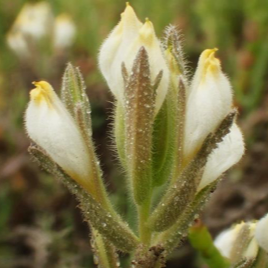 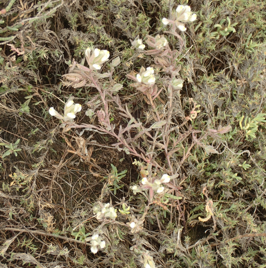 Probably the most important plant species at the bay. This somewhat inconspicuous plant lives in the intertidal zone, especially among pickleweeds. It is hemiparasite on a host plant (it also photosynthesizes and makes food for itself), forming a root attachment with an appendage called a hausteria. This relationship causes little impact to the host, which is often pickleweed, fleshy jaumea or alkali heath.

The colonies at UNB are among the most significant anywhere. The plants growing at UNB are of further interest due to their unique 3-lobed floral calyx (left photo), a character unique from few other colonies to the North or South.

Look for it in summer months in the marsh at the base of Big Canyon or off the entrance road to the Marine Science Center. 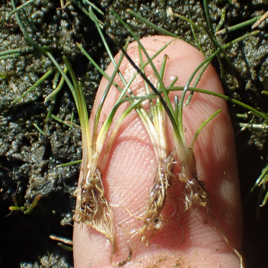 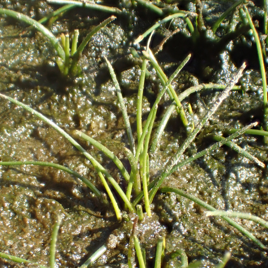 A diminutive little grass-like plant of wet or waterlogged freshwater soils. This species was first recorded in 1985 at UNB by the late Bob DeRuff and it was one of very few records for Southern California. In preparation for this article I revisited Bob’s site and re-recorded the species along a narrow 200 meter strip in the Delhi Channel.

This is an easily overlooked member of the sedge family and occurs solely in wet brackish soils, not a place where most people are looking for native plants. 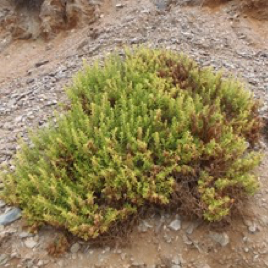 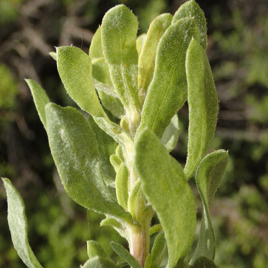 A low spreading form of our common summer-blooming goldenbush. The variety decumbens is controversial among botanists, who may disagree about its status. Some consider its prostrate growth and hairy foliage to only be a result of its more wind-swept environments, others believe it is genetically and reproductively distinct.

The common form, I. m. vernonoides is seen throughout sage scrub communities at the bay. This form is exclusive to coastal bluffs. 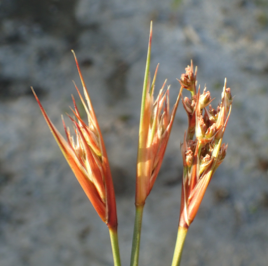 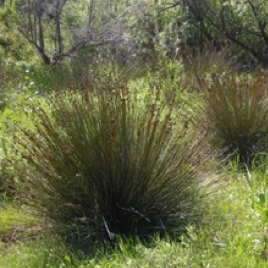 A distinctive and easily recognized plant. Technically a rush, not a grass. Mature plants look like large rounded masses of straight thin spike-like leaves. The species grows in alkaline and semi-salty environments, sometimes into the upper portion of the marsh but more commonly in the alkali flats slightly above this zone. Look for it along Back Bay drive at many locations.

It is rare due to a decline in suitable habitat throughout its range. 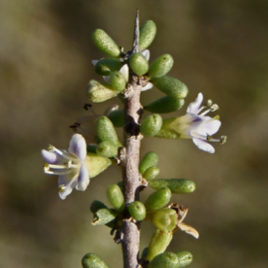 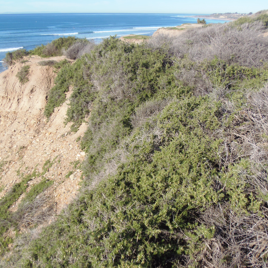 A plant strictly of coastal bluff scrub environments, now a limited habitat type in Southern California. This plant colonizes sandy and often steep ocean and bay bluffs, enduring hot dry summers and saline soils and air. Plants are often difficult to access, due to their precarious and usually steep locations.

Boxthorns have small succulent leaves, a common water conserving characteristic of coastal scrub plants. The lateral branches are short and stiff and terminate in a hardened point. Its small white flowers are visited by a number of pollinators. 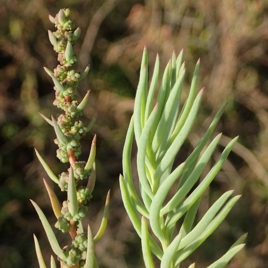 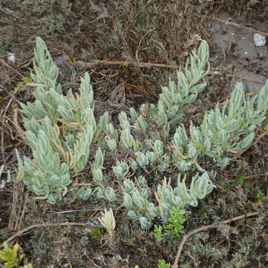 Two species of Suaeda are significant at Upper Newport Bay and for many years both were considered the same species. They have since been determined to be unique species. Suaeda esteroa is a plant of the middle to upper portions of the salt marsh, never far from salt water. Like many salt marsh plants (halophytes) it has succulent leaves; smooth in the case of this species.

A member of the same family of plants as our saltbushes (Atriplex) and pickleweeds (Salicornia), which are also masters of salty habitats.

Look for it along the edges of the marsh, where its foliage texture distinguishes it from the other marsh plants. 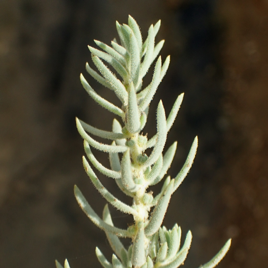 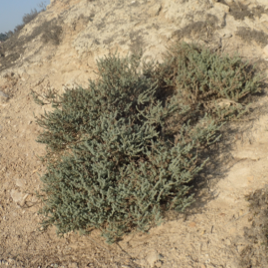 Suaeda taxifolia is our second rare seablite at the bay. Unlike the prior species, this one prefers drier feet and is found on the silty soils and bluffs surrounding the bay.

It also has succulent leaves, but unlike S. esteroa, they are usually slightly hairy.

Often both seablite species may be within sight of one another, but do not overlap, having evolved to exploit different ecological niches.